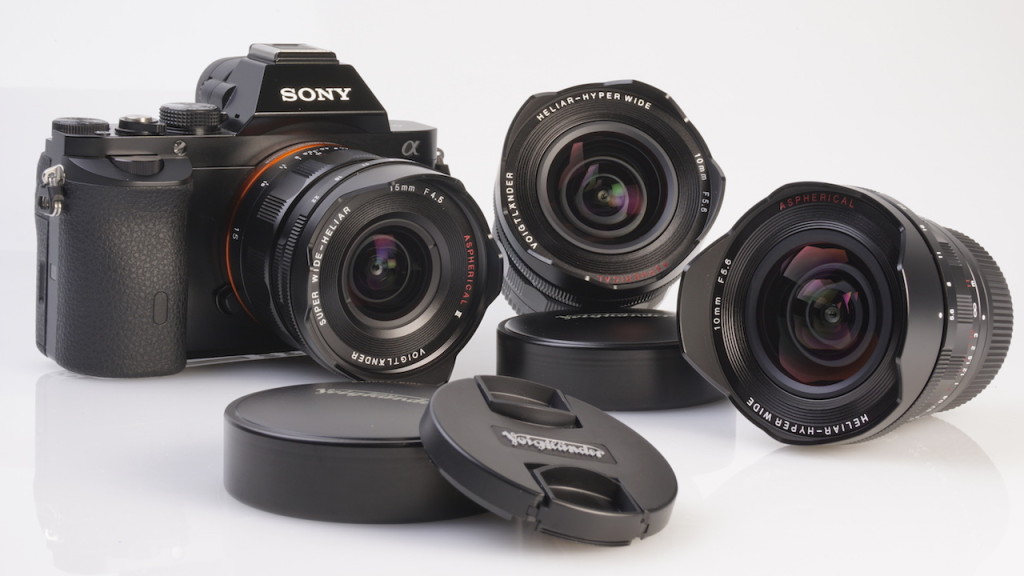 As you might already know, Voigtländer is about to release three new wide-angle lenses with a native E-mount and Exif data compatibility for Sony full-frame mirrorless cameras. Some official information and hands-on reviews have already started appearing online since the lenses were first shown at the CP+ show in Japan.

The 15mm III is already available for pre-order at B&H for $800 with availability at the end of March but we received some additional information.

First, we have some UK prices which are as follow:

Like the previous VM lenses, the new lenses will feature an all-metal build and a clicking aperture ring that turns in 1/3 steps.

We also have some additional information about how the electronic contacts on the lens will communicate with the camera bodies. The good news is that they will have full compatibility like the Sony and Zeiss Loxia lenses.