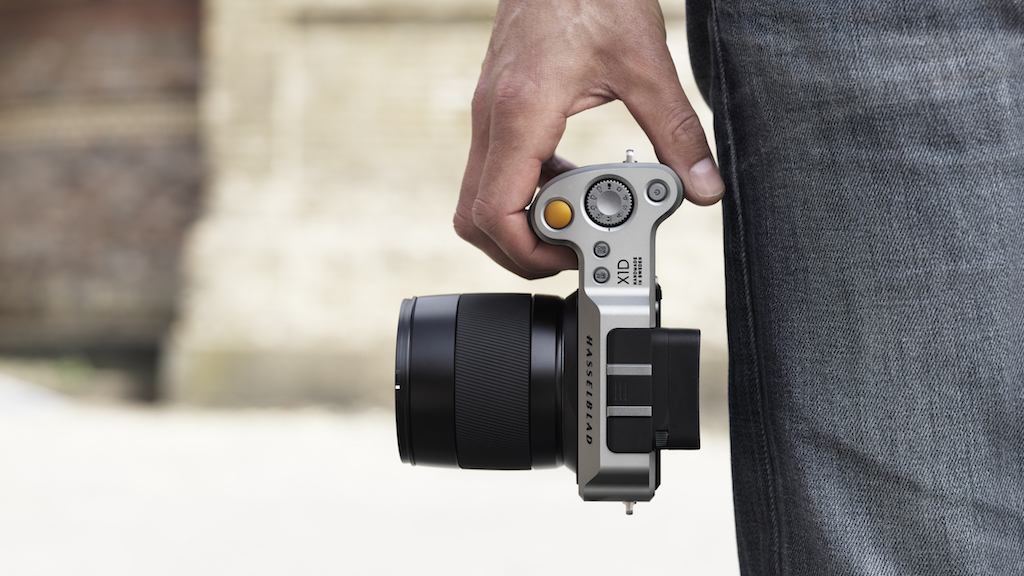 Following yesterday’s leak, we now get our first official look at the specifications of the X1D, the first mirrorless camera from the historical Swedish brand. The camera marks an important step for the company, which changed its strategy at the beginning of last year by retuning to the original philosophy of its founder Victor Hasselblad: to build a small and portable medium format camera. 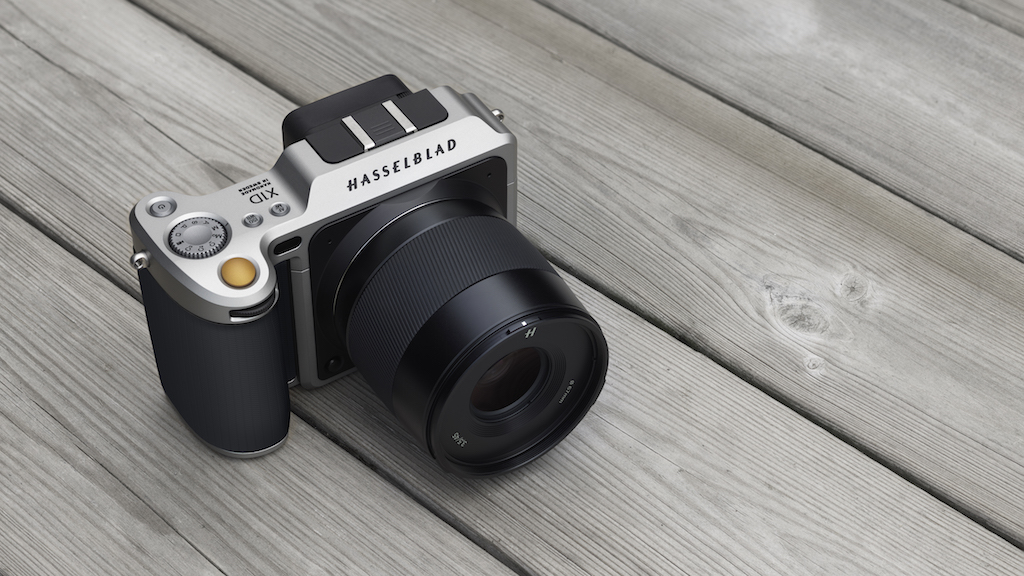 The new X1D is indeed very compact and light judging from the first real world images and official specs. The camera body weighs 750g with battery included. By comparison, the Sony A7r II is 625g with the battery and SD card inserted, so we are not that far off the mark. The dimensions make it larger than an A7r II or X-Pro2 but smaller than an high-end DSLR like the D810. 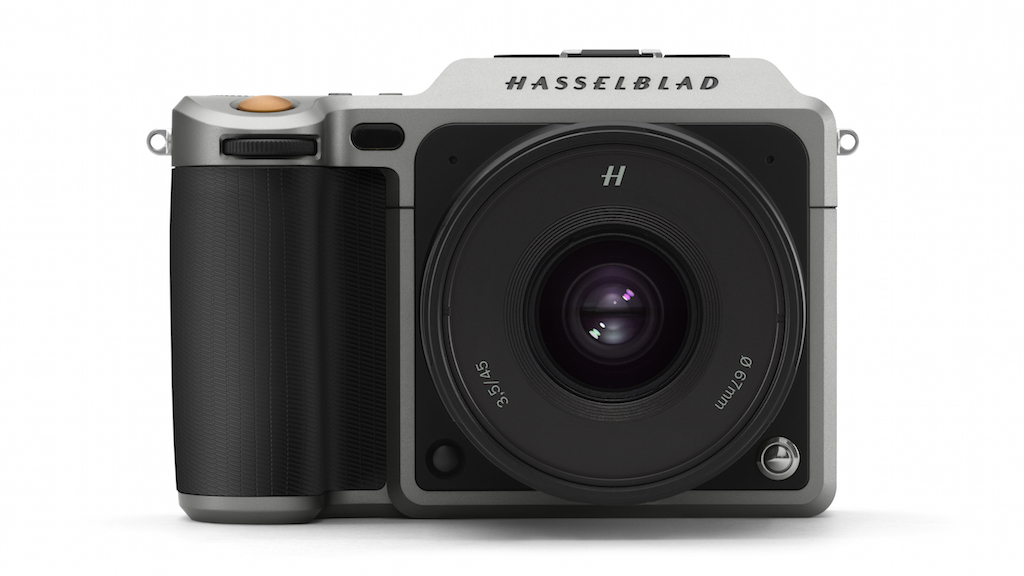 The camera is handmade in Sweden and features a robust build with weather proofing. The design appears very simple and elegant. We can notice the yellow shutter release button (the only coloured element of the camera) on top, as well as a shooting mode dial, the On/Off button and two buttons to change the ISO/WB and switch between AF and MF. 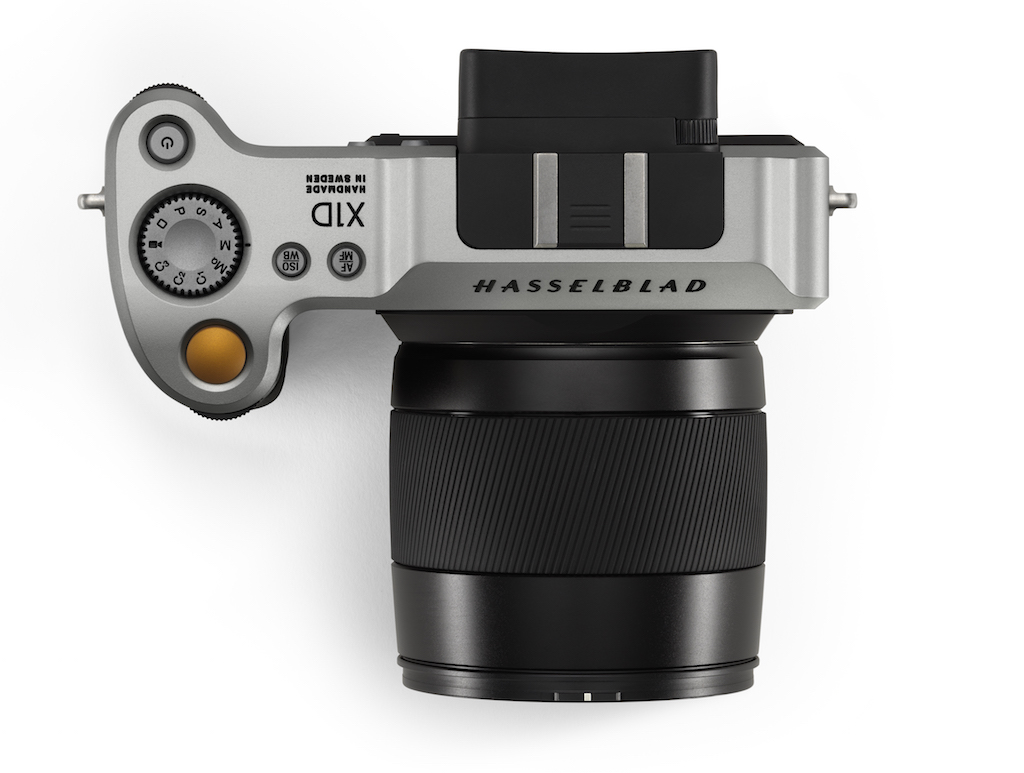 On the rear we can see a 3-inch TFT fixed screen with 920k dots of resolution and touch capabilities that allow you to navigate the menu system. There are also five buttons on the right side that can be customised. We have the AE-L and AF-D buttons near the viewfinder and a rear dial that complements the one on the front grip to control aperture and shutter speed. The viewfinder has a resolution of 2.36 million dots but further specs haven’t been provided for now. The live view has a 30fps refresh rate. 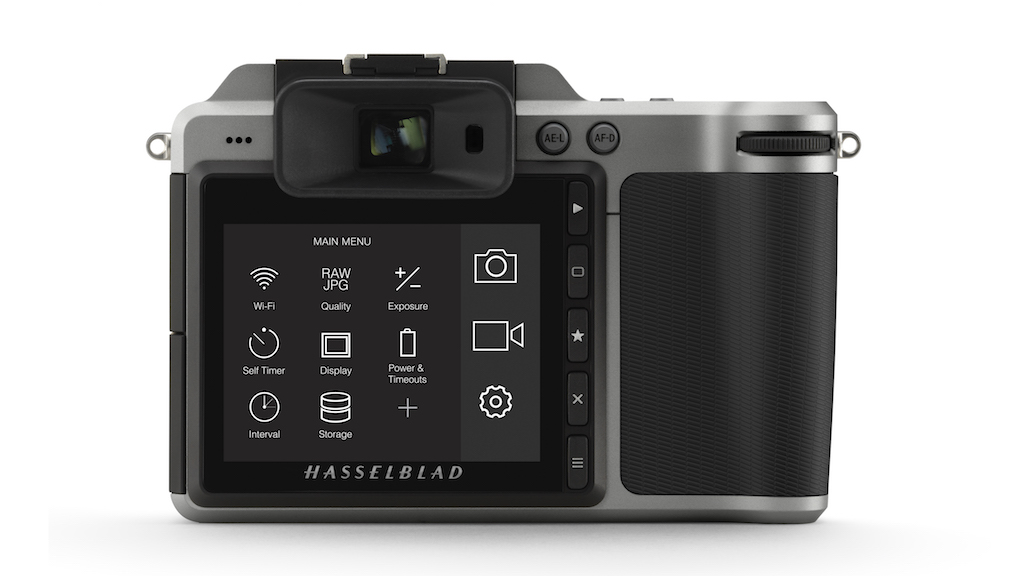 The camera uses a 50MP CMOS sensor (made by Sony) that is 43.8 × 32.9mm in size. The same sensor is found inside other Hasselblad and Phase One medium format cameras. This format is smaller than the 53.9x40mm size that is referred to as “full frame” medium format since its size is close to the popular 645 film format. To give you a reference, this 50MP sensor has an equivalence of 0.8x in comparison to the 35mm format. So a 50mm lens on a Sony A7r would have approximately the same field of view as a 40mm on the X1D. The ISO range goes from 100 to 25600 ISO, the dynamic range has 14 stops of latitude and the shutter speed can go from 60 minutes to 1/2000s.

The video part is perhaps a little disappointing as the camera will only be able to shoot Full HD at 25fps with a H264 compressed codec. There is no doubt that the larger sensor will allow for some interesting shallow depth of field for video but we wonder about the quality of the video file itself. The official specs also state that there is an audio IN/OUT connection.

Below is some other information worth sharing: 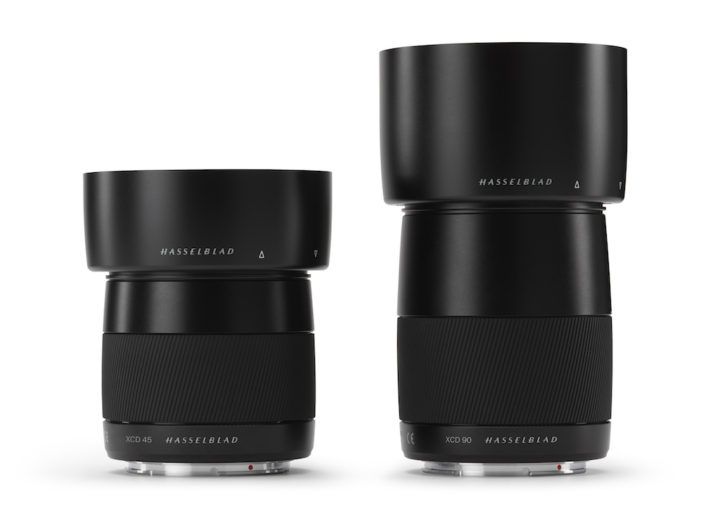 Hasselblad also announced two new lenses specifically designed for this new mirrorless system named XCD and manufactured in Japan by Nittoh. We have a 45mm f/3.5 and a 90mm f/4.5 and a 30mm will be announced at Photokina in late September. The lenses have an integral central shutter. The Phocus proprietary software will be available free of charge to post process the 3FR RAW files (65MB on average).

Finally the camera will be available at the end of August/beginning of September with the following retail prices: 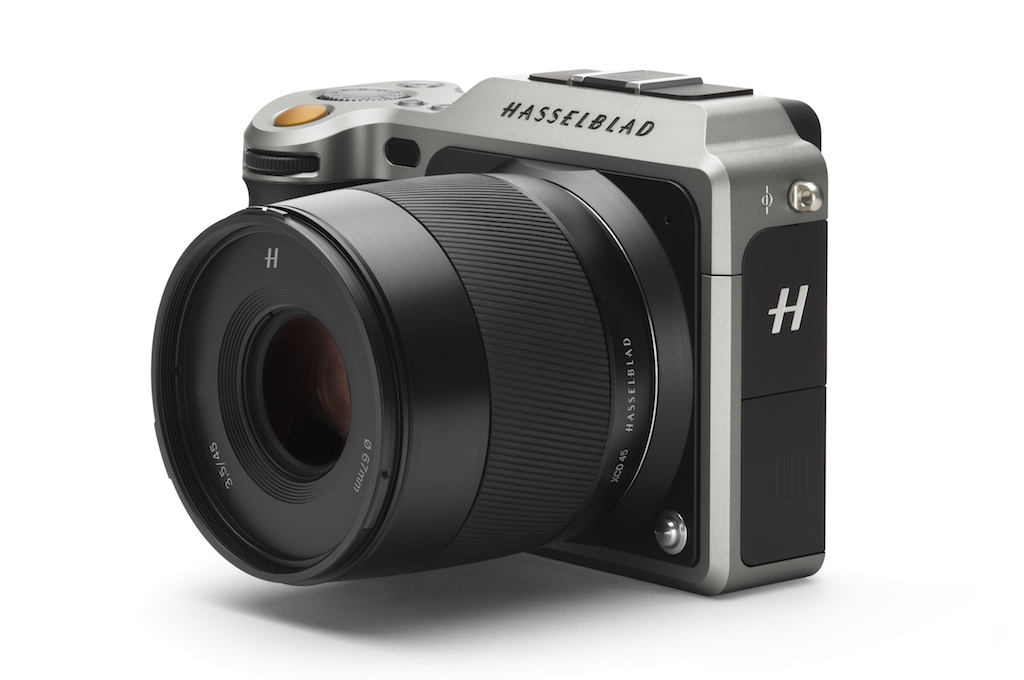