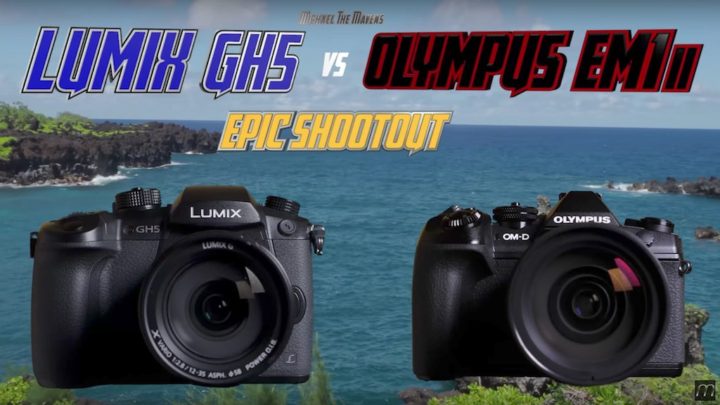 Michael Andrew (aka Michael The Maven) has released a long and very complete comparison between the two flagship micro four thirds cameras: the GH5 and E-M1 II. In his video, Michael goes through side by side comparisons for autofocus, dynamic range, portrait work and overall image quality for stills and video.

He shares interesting results. For example, both cameras handle autofocus in a similar way but the GH5 managed to do better in some examples despite its contrast detection system. The E-M1 II handles AF better in video mode (although I wonder which settings he used on the GH5 as I got excellent results in my tests). He confirms that the Olympus has the better image stabilisation system but the GH5 excels for video as expected.

For his tests, Michael used the Lumix G 12-35mm 2.8 II and the M.Zuiko 12-40mm 2.8 Pro. The latter was also used for basic image quality tests. Make sure to check out the entire video as Michael talks about lots of different things and gives an exhaustive conclusion at the end.